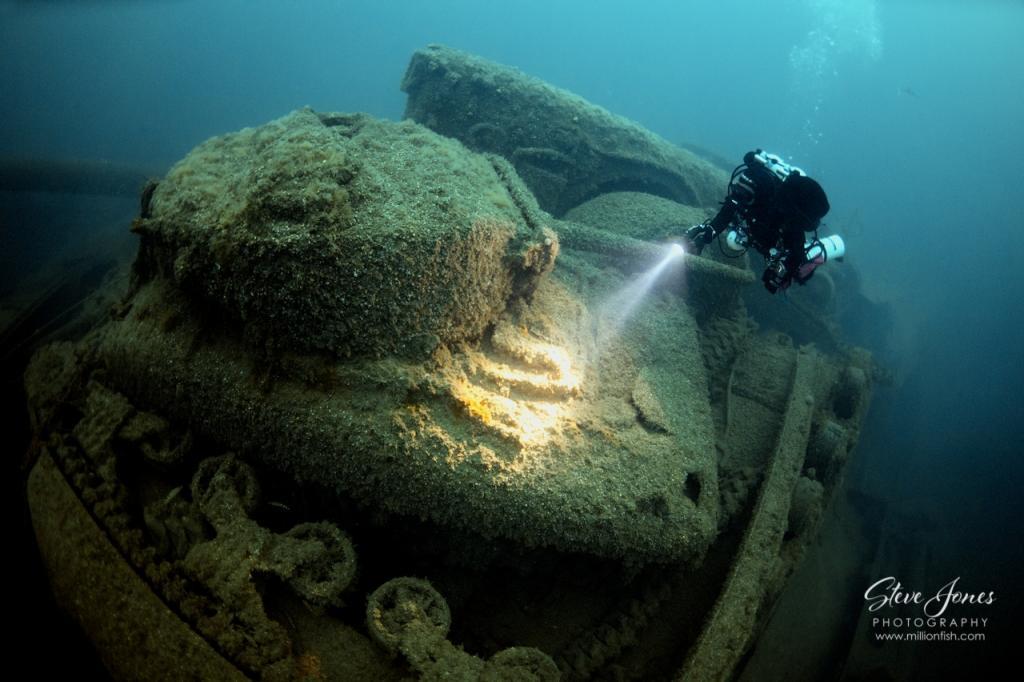 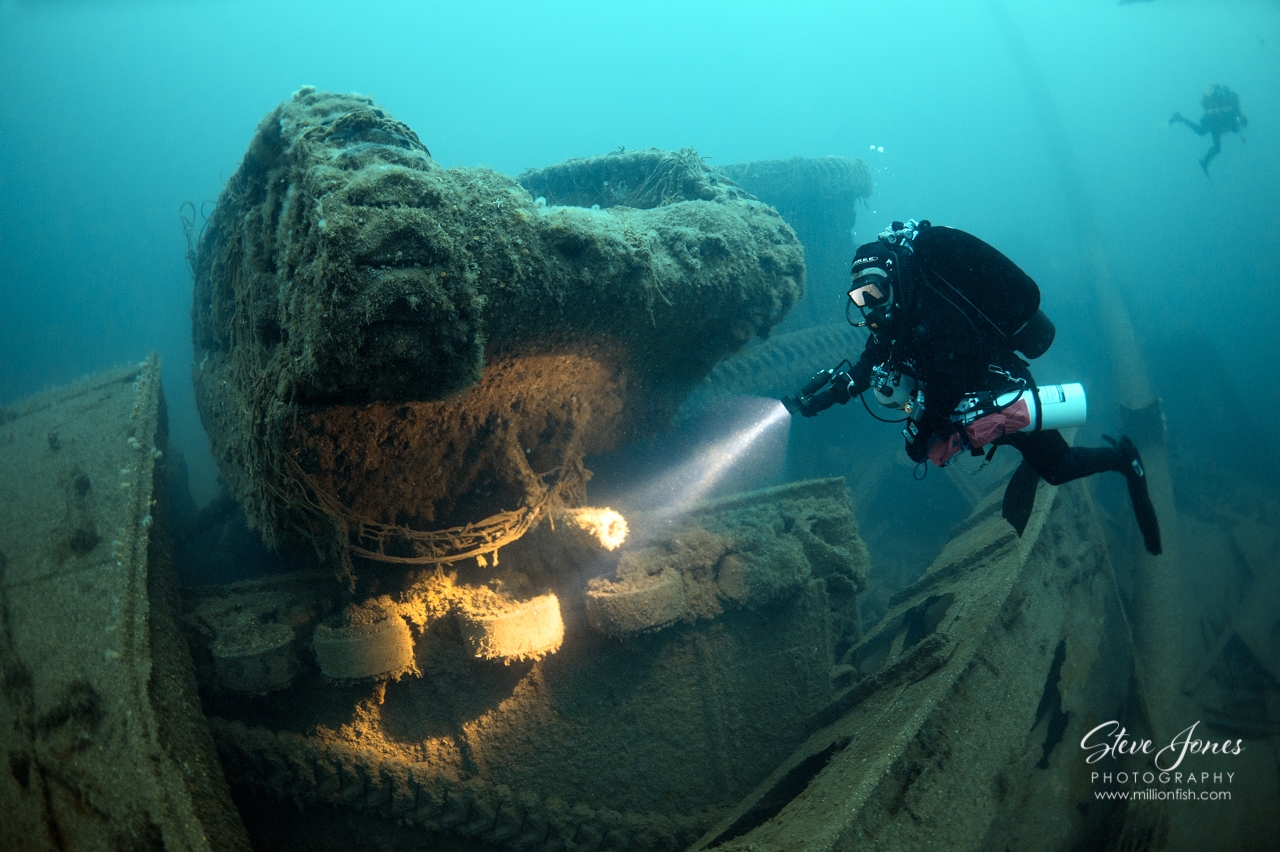 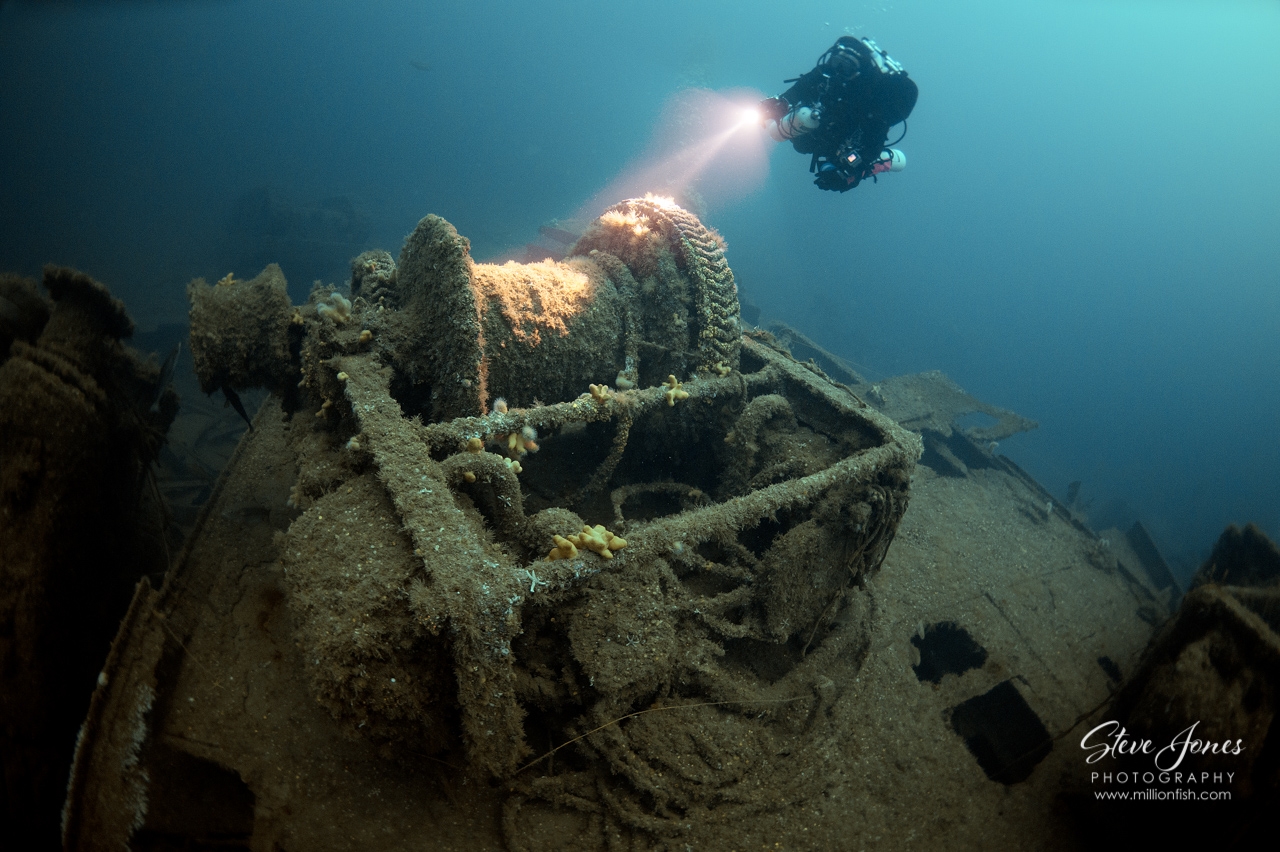 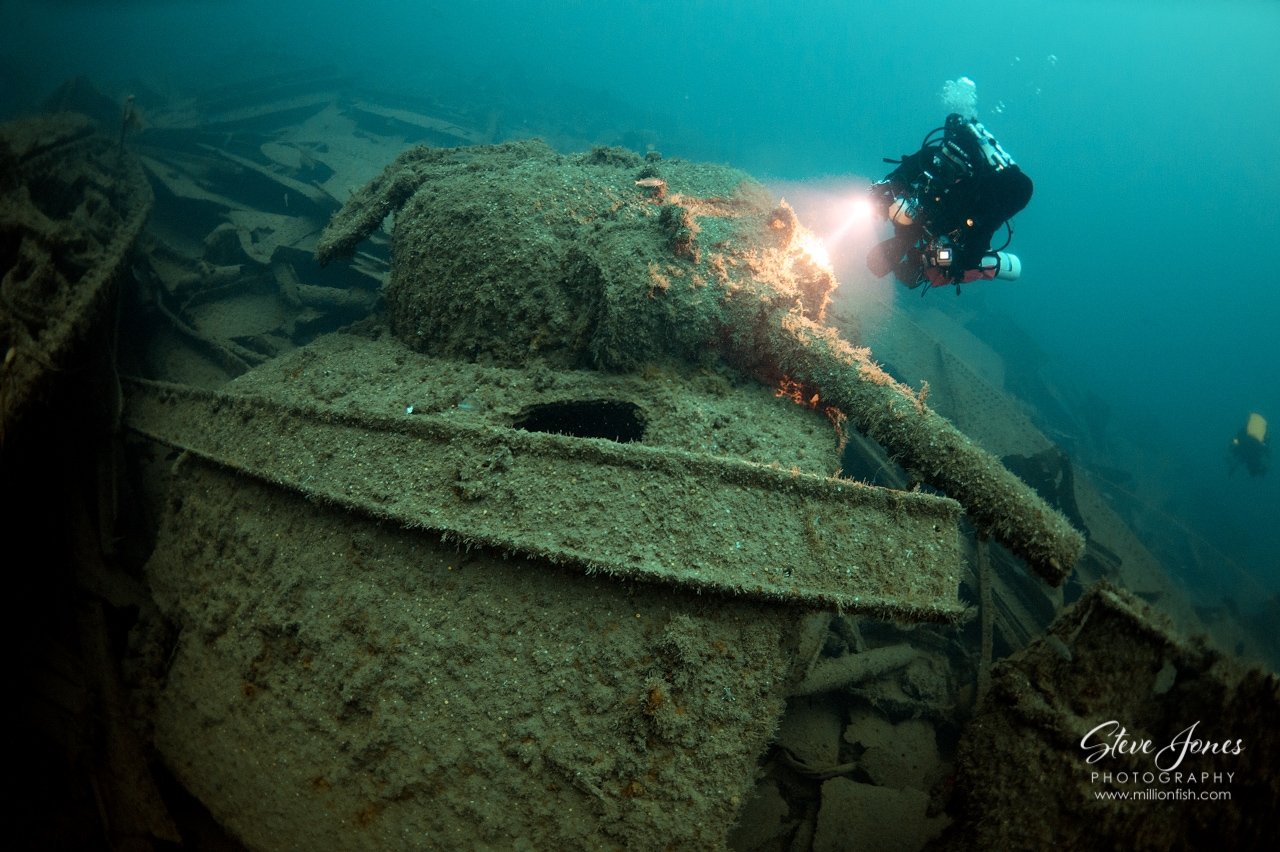 The deep crystal-clear waters off Malin Head in Ireland were once a navigation route for wartime convoys and after two World Wars the seabed is now a graveyard for super-size wrecks. In the final of four mini-stories we look at the fascinating cargo-laden tanker, SS Empire Heritage.

On September 8th 1944, as over 100 ships in convoy HX-305 neared the Irish coast, U-482 fired a single torpedo into the SS Empire Heritage, a tanker carrying 16,000 tons of fuel.  A catastrophic explosion sank the ship so quickly that no distress signals were sent but for the survivors, the ordeal continued when their rescue vessel was also sunk, possibly having not been identified as a rescue ship. The two sinking’s caused huge loss of life.

As we descend onto the wreck, a scene of total chaos unfolds beneath us. Sherman tanks lie entangled with trucks like discarded toys, spread across the wreck and seabed as far as our eyes can see.  The Empire Heritage was carrying nearly 2000 tons of these vital war supplies! Some sit upright and perfectly intact, whilst others are still racked neatly in the holds up to three deep and in remarkably good condition. Years of wave action have smashed the superstructure of this 15,702 ton wreck which now rises very little above the gravel seabed at 67 metres. At this depth, to see the entire 150 metre length in one dive would require diver propulsion vehicles, so without them we don’t even attempt to reach the aft areas of the ship. There we would have found the engines and 6 huge boilers arranged in neat rows of 3.  Instead we head for the forward areas where the remains of the holds teem with fish life.
Our bottom time soon nears 30 minutes, so we look for the flashing strobe beacon that marks our ascent line to the decompression platform. With it being among the larger ships sunk in World War 2, we leave plenty to explore during future dives.
Thanks to Steve Jones