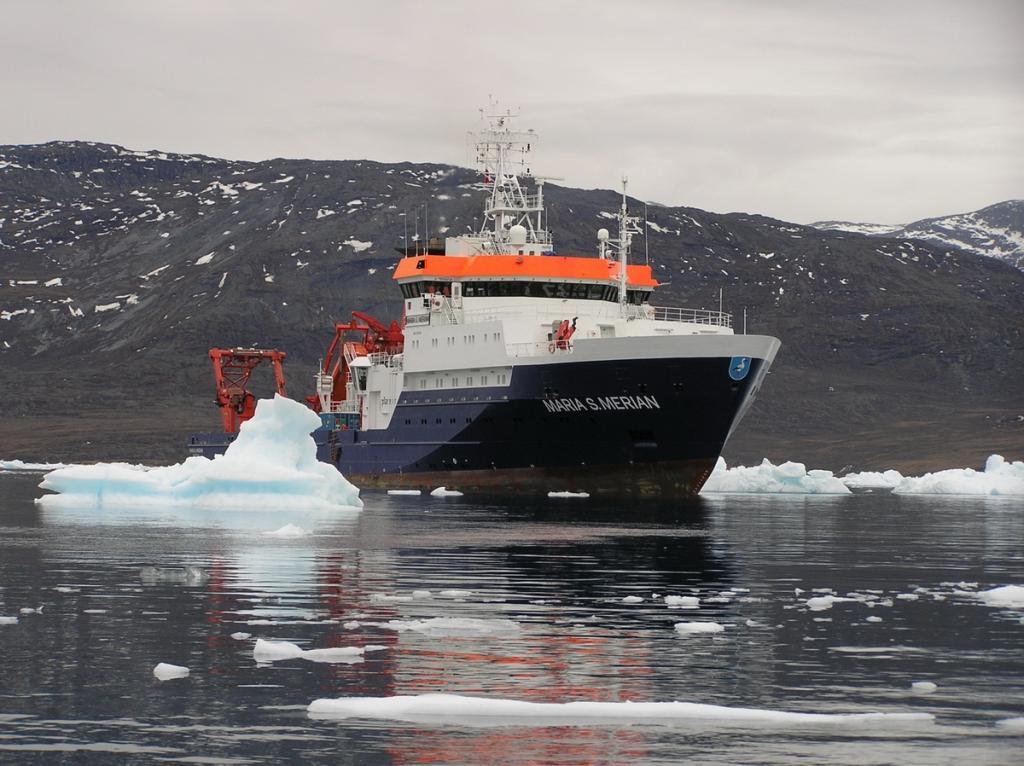 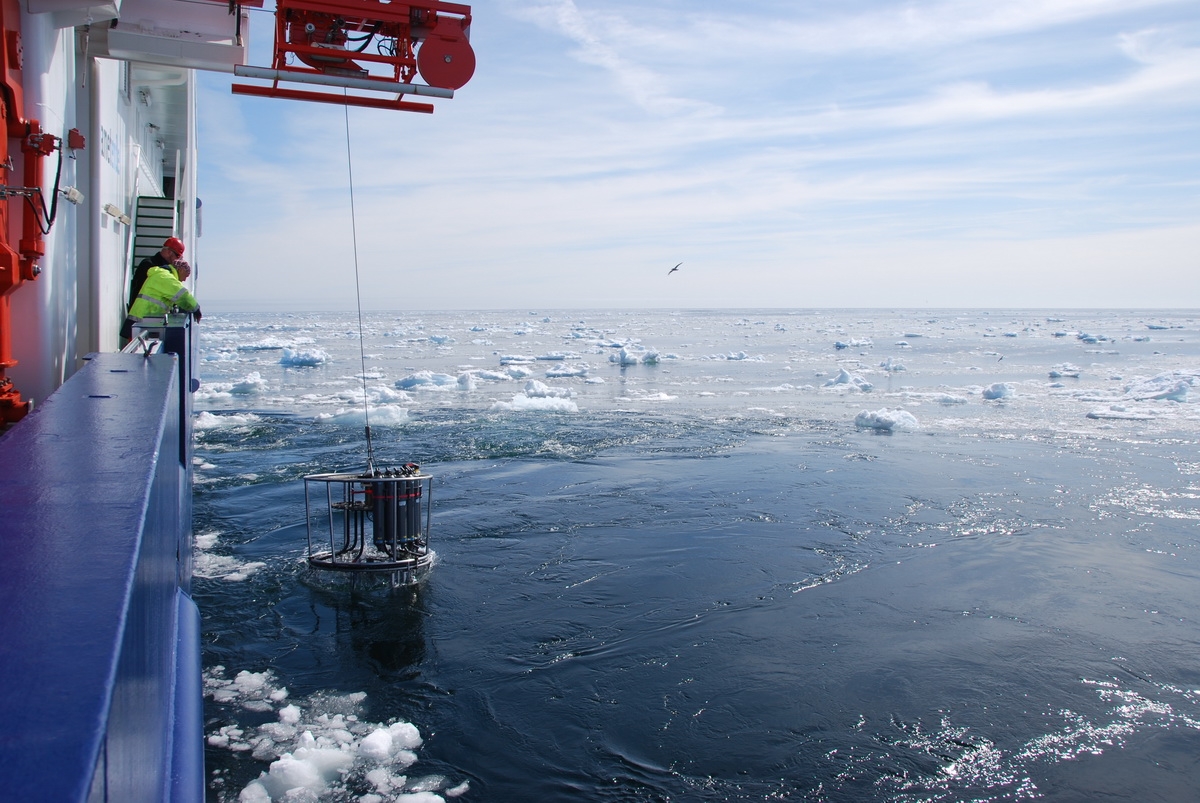 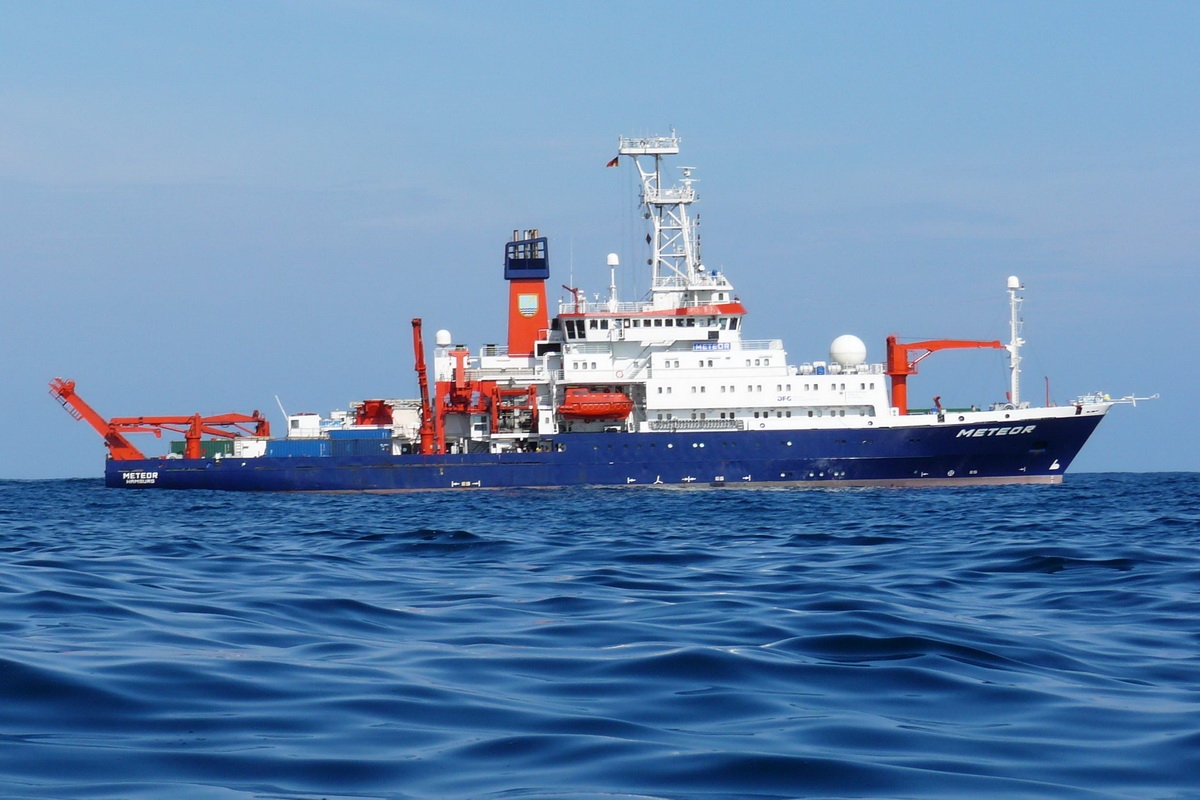 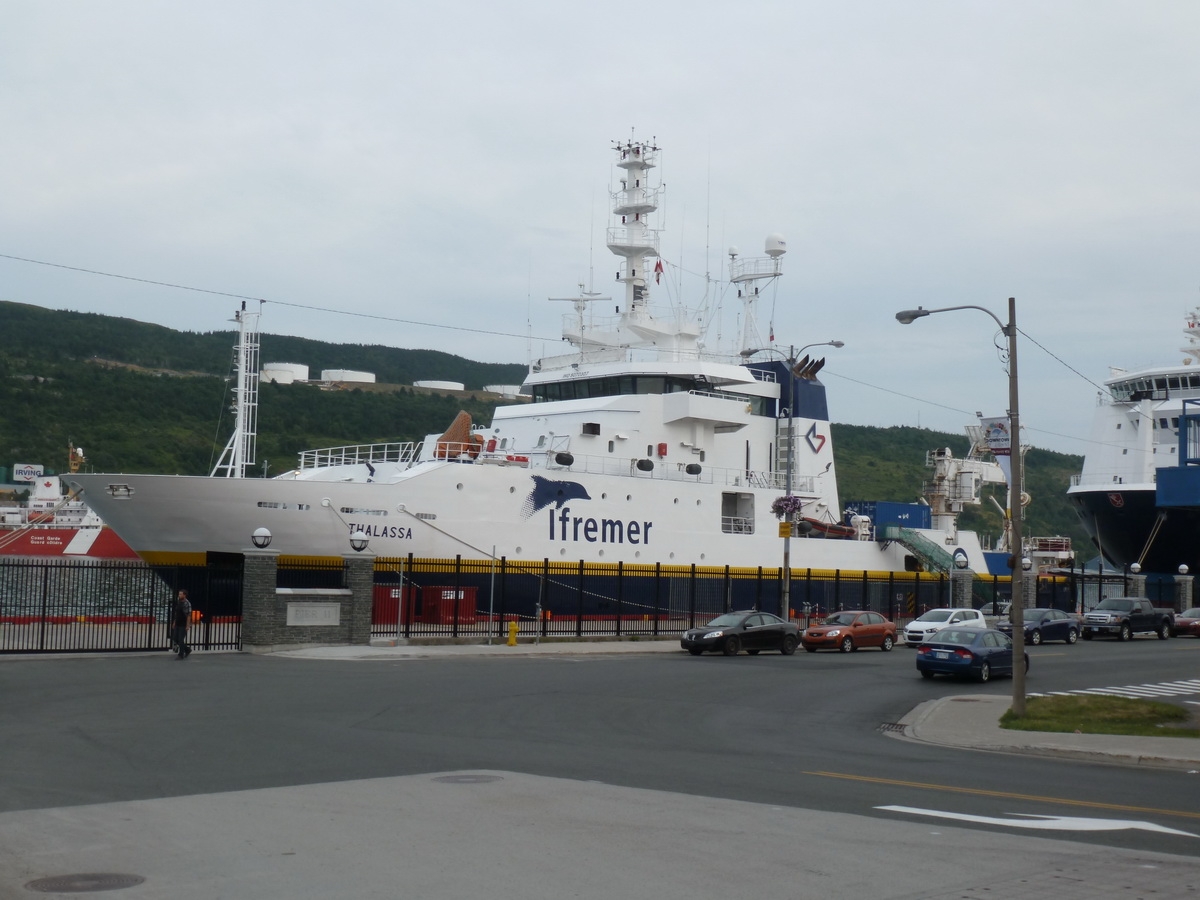 April 21, 2017 GEOMAR researchers publish long-term observations from Labrador Sea The Labrador Sea in the northwestern North Atlantic is one of the principal regions of the global ocean circulation. Since 1997, GEOMAR Helmholtz Center for Ocean Research Kiel has been monitoring oceanic currents from the ocean surface to the seabed, using an array of oceanographic observatories. An analysis of their data from 1997 to 2014 was recently published, revealing a close connection between deep currents and climate variability on different time scales. From mild winters in northern Europe, rainfall in western Africa, hurricanes in North America, the energy distributed worldwide by the global ocean circulation affects both the climate and regional weather. A key region in this equation is the Labrador Sea, between North America and Greenland. It is here that warm saline waters coming from the south near the sea surface cool down and descend to the depths. From there, the water masses flow back southward along the continental margin. Clearly, this area plays a key role in the global ocean circulation. Since 1997, at the southern exit of the Labrador Sea, GEOMAR Helmholtz Center for Ocean Research Kiel has been operating oceanographic observatories that cover all levels of this system. A team comprising four oceanographers has published the most complete analysis of the data collected, in the Journal of Geophysical Research Oceans. "We were able to detect connections between the southward deep currents and the wind systems over the North Atlantic which were previously unknown," said lead author Rainer Zantopp, from GEOMAR. Located 53 degrees north of the western boundary of the Labrador Sea, the observatories comprise a series of current meters and sensors for temperature and salinity that are attached to chains and steel cables. Anchor weights located at the lower end hold these moorings in place while buoyant flotation pull the other end towards the surface. "This allows us to measure the currents from just below the surface to just above the ground," explained Zantopp. The study is based on data that has been collected during 13 scientific cruises between 1996 and 2014 – mainly on German research vessels METEOR and MARIA S. MERIAN, or French research vessel THALASSA. Based on the analysis, it was discovered the southward deep currents along the western boundary of the Atlantic have fluctuated on different time scales. In particular, the authors were surprised by the deepest current near the ocean floor. According to the Kiel oceanographer, "Although it is more steady than those at the upper levels, it varies with an almost ten-year period." Further analysis indicated that the fluctuations of the deepest flow were synchronous with those of the wind systems over the North Atlantic. The latter are influenced by the pressure difference between the Azores high and the Iceland low – the North Atlantic Oscillation (NAO). "The intensity of the deepest southward current from the Labrador Sea shows similar fluctuations as the NAO. We were somewhat surprised to find the signal so clearly in our measurement data," said Zantopp. In conclusion, he added, "The better we understand the interactions between the ocean and the atmosphere, the more reliably we can distinguish natural variabilities and man-made changes and thus make better predictions about future developments." Link to the study