Mikroplastik von der Oberfläche bis zum Meeresboden Back to overview Which is the Best Type of Liveaboard for You? 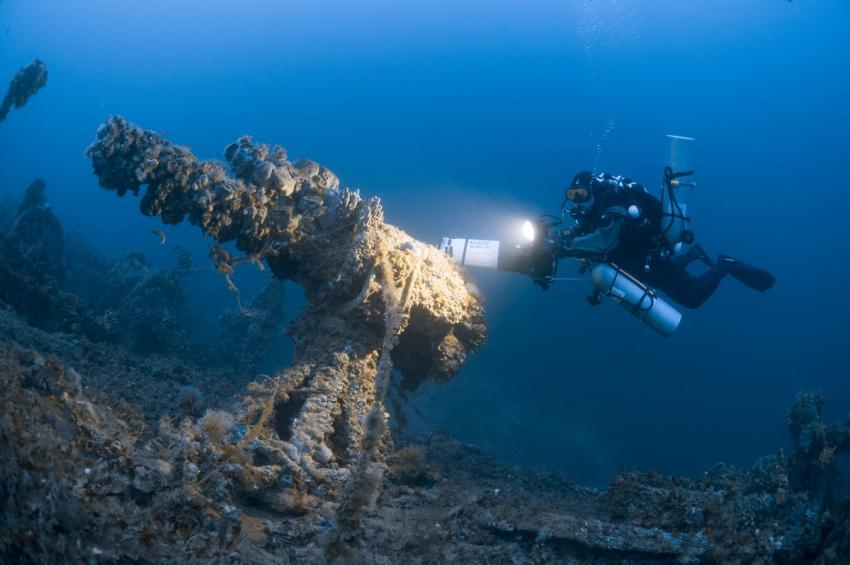 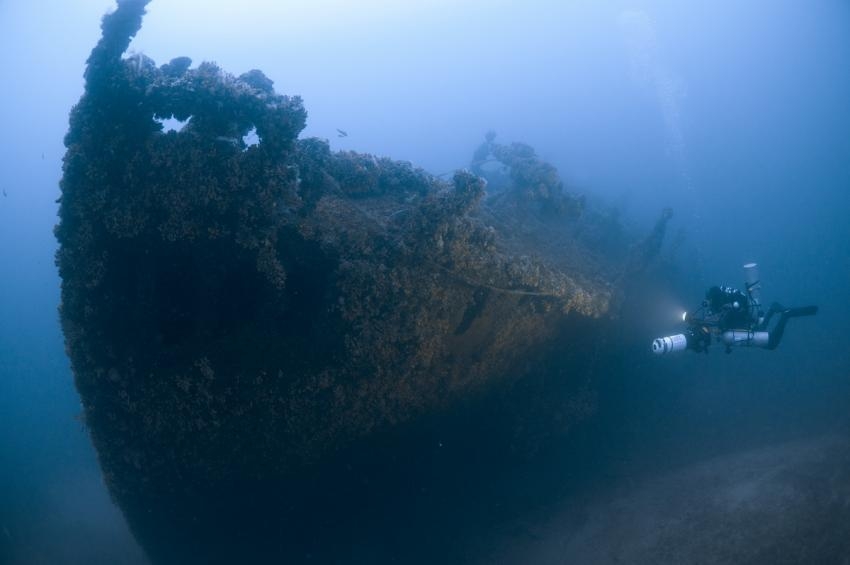 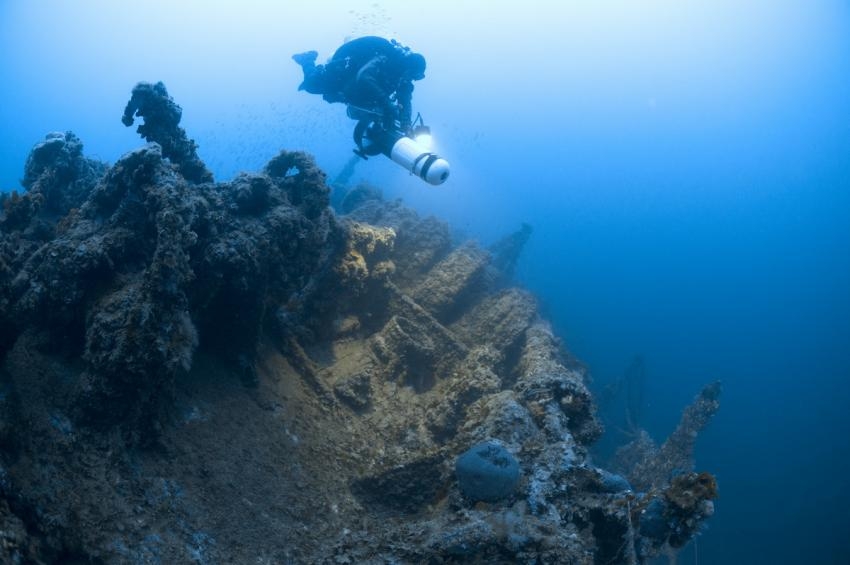 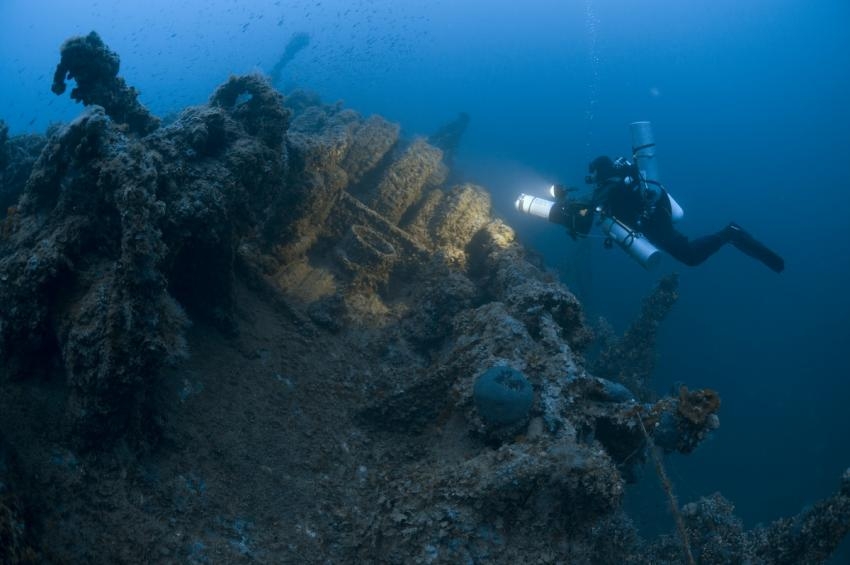 The well-preserved wreck of the former passenger ship and later troop carrier Le Polynesien from the year 1890 with 152 meters of ship length is one of the world's top spots for the ambitious wreck divier. It is also one of the most beautiful wrecks in the Mediterranean and a good accessible wreck for well trained scuba divers.

The SS Polynesia (or Le Polynesien) was a French steam ship with 6373 -ton. The ship was used as a liner and sunk by the UC-22 on August 10, 1918 during the final phase of the First World War. Ten sailors were killed. The liner transported Serbian troops at that time. It is just over 7 miles from Valletta's Grand Harbor and is definitely the finest wreck discovered so far in Maltese waters. It has an intact ship hull and lies on the port side. The wreck rests at about 70 meters depth and requires several dives to capture it in its full glory.

The front part of the hull tilted 45 degrees to port, the rear part inclined only 20 degrees to port. In the middle - so it seems - the wreck seems to sag. In the area of the engine room, the deck has partially collapsed; the deckhouses are completely broken. At the broken edge, looking to the front, to the former bridge, the main deck is towering again.

At the broken edge there are good penetration possibilities into the lower front decks. The bulkheads perforated by the corrosion are a warning sign. In the area, at first glance, plates for senior grades and troops are numerous.
Even easier is the penetration in the area of the foredeck down to the main deck. There is enough room to enter through open hatches vertically. The table foundations - fixed on the floor - are all still there. The blue-gray of the Mediterranean shines through the intact portholes on days with good visibility. In spring visibility can reach up to 40 meters horizontally at the wreck. For the Polynesia, you clearly need several dives to capture the full splendor of the wreckage – but is definitely worth it.