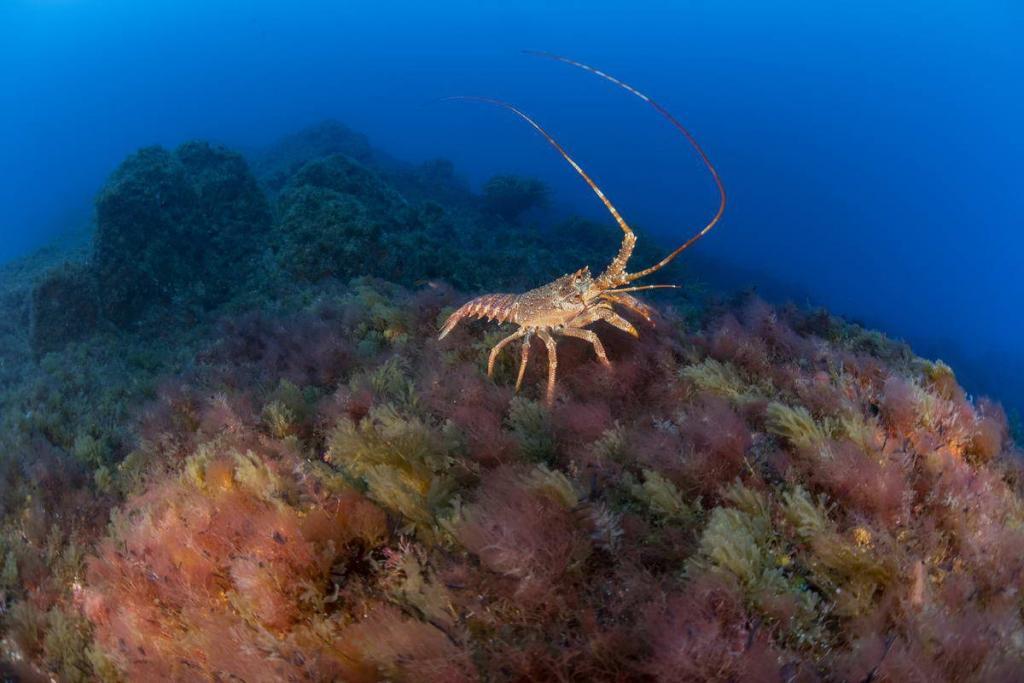 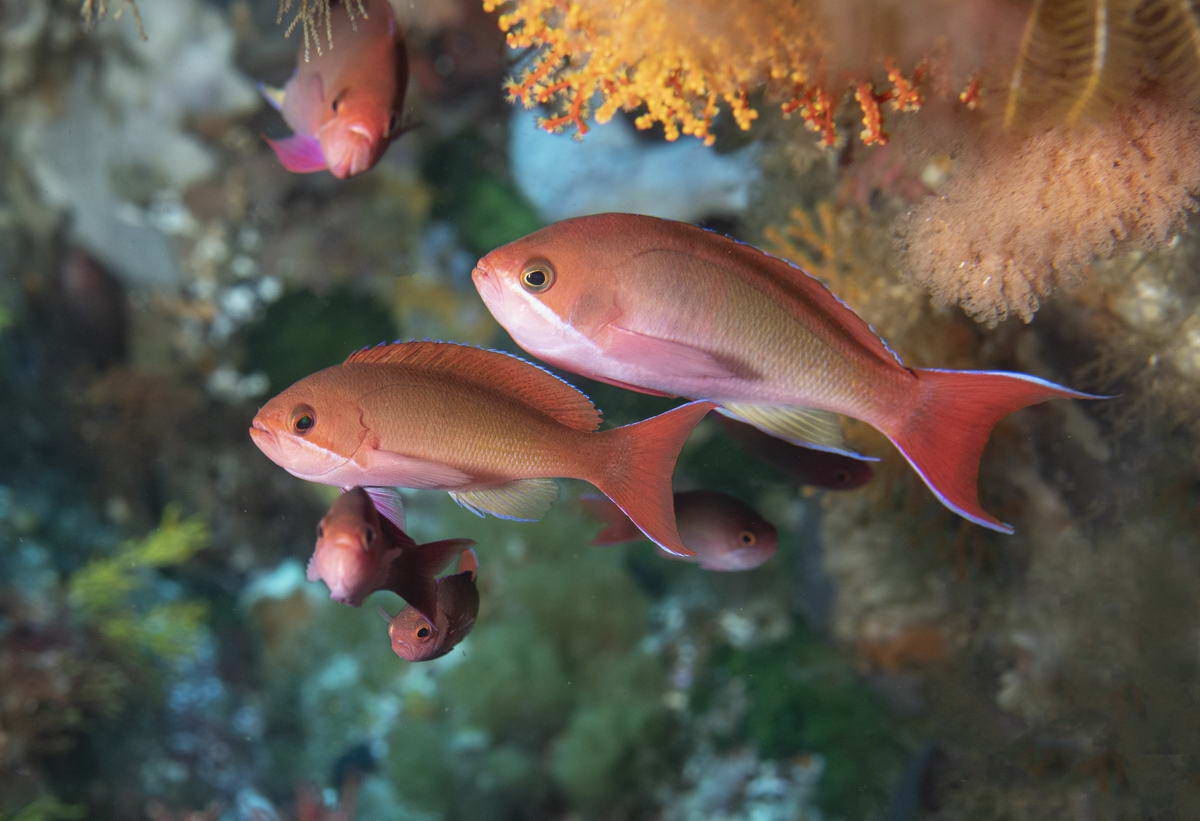 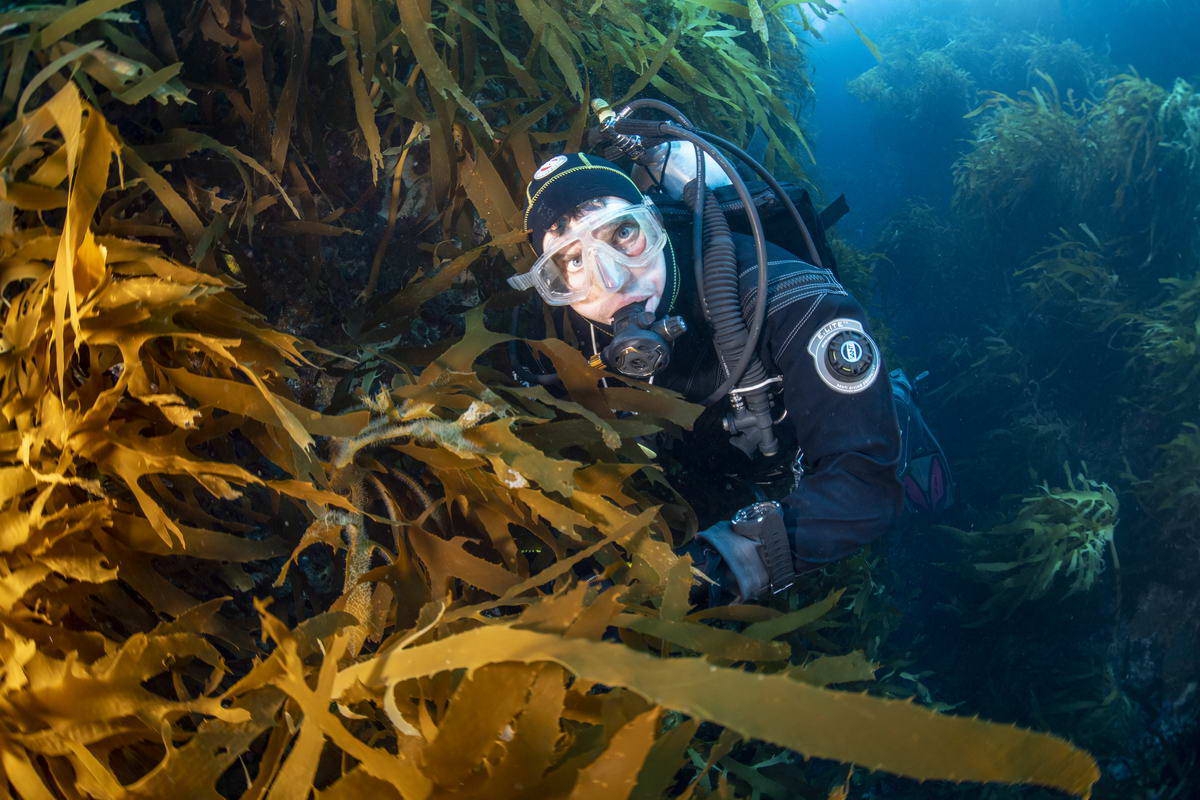 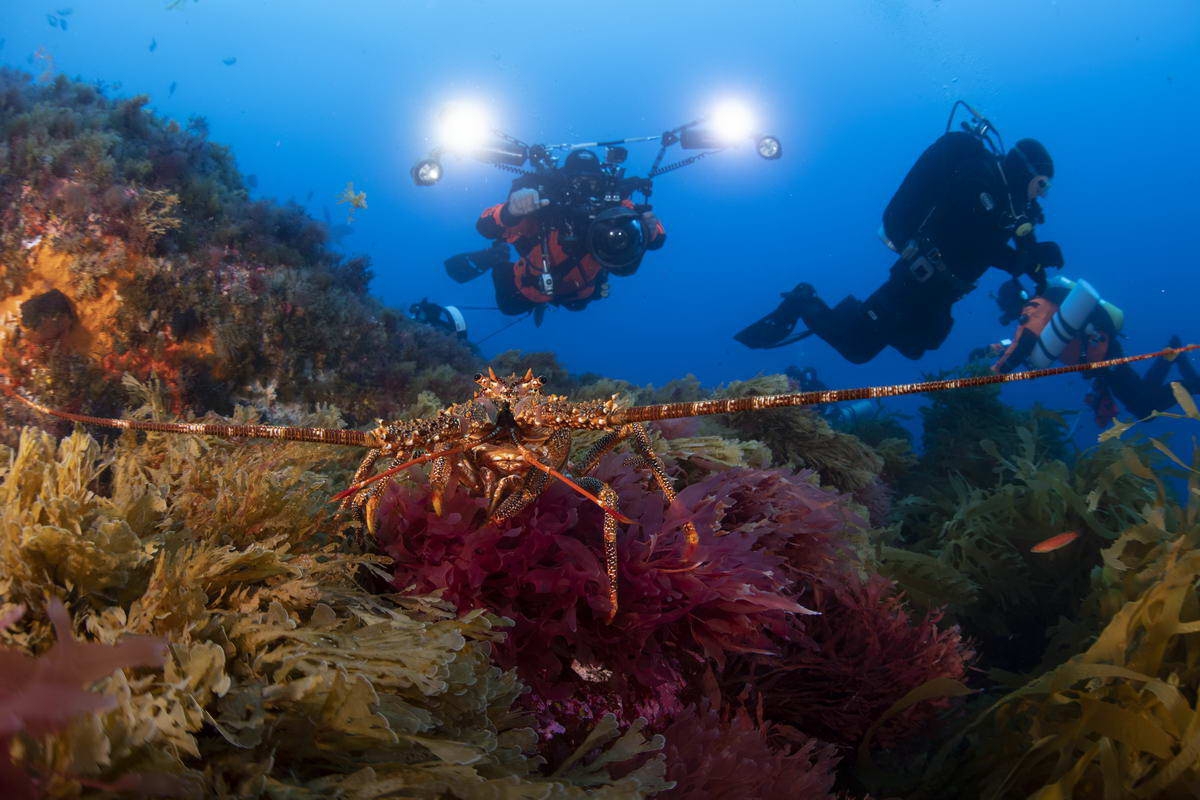 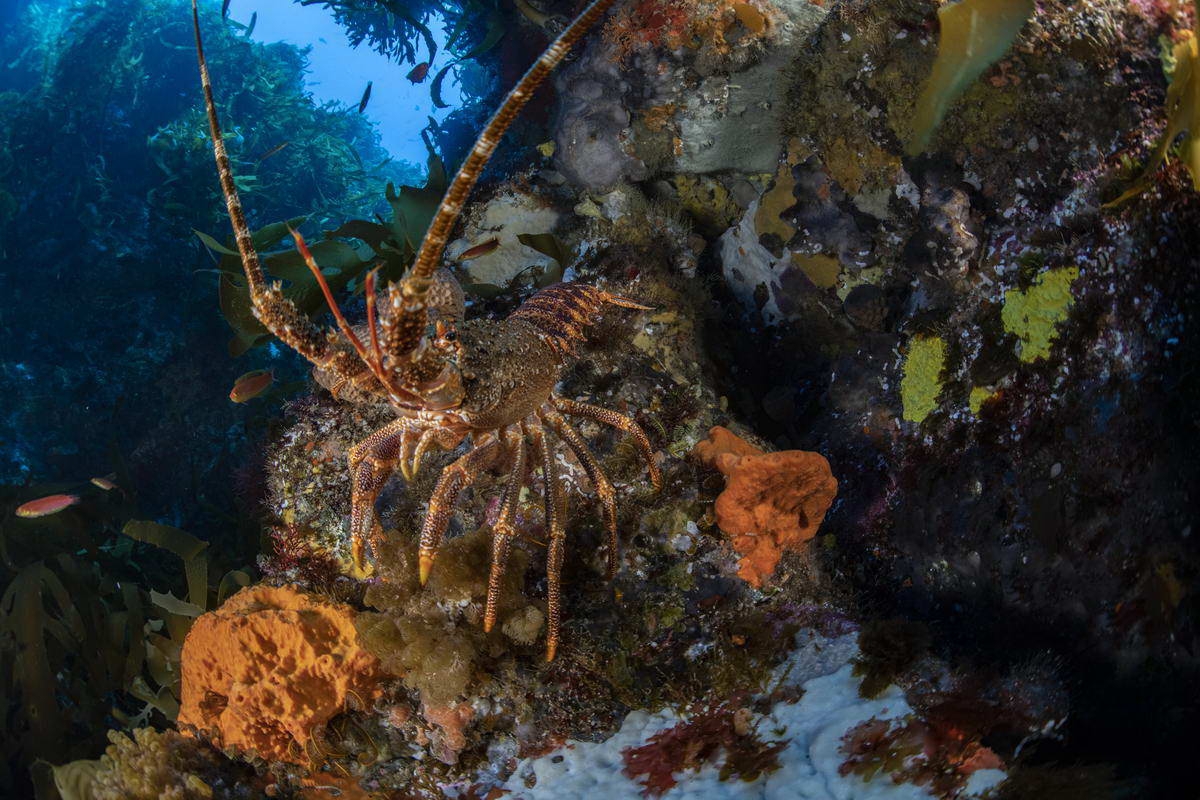 November 7, 2019 Life on Mount Vema is recovering after fishing ban

Greenpeace activists aboard the "Arctic Sunrise" found impressive evidence of the effectiveness of marine protected areas on the Vema deep-sea mountain in the Southeast Atlantic. Divers of the environmental organization discovered a paradise of biodiversity on the Seeberg, which rises from 4,600 meters to just below the surface of the water.

Yellow-tailed mackerel, striped bream, coral, algae and many Crustacean find ideal living conditions at the deep-sea mountain Vema - almost 1,000 kilometers away from the African mainland. The lower slopes are home to black corals and colorful gorgonians. Even the extinct Tristan lobster stock on Vema is picking up again after the Southeast Atlantic Fisheries Management Organization (SEAFO) imposed a ban on demersal fisheries in 2007. Dozens of these animals were observed by divers. "We are surprised to see so many Tristan lobsters, without the ban on fishing this species would have been lost for a long time," says Greenpeace marine biologist and diver Thilo Maack on site. "Vema shows that the oceans recover when given time and protected space."

Environmentalists call for more protection and consistent action against deadly ghost nets and discarded fishing gear in the oceans. Lost or abandoned lobster cages of the fishing industry, which Greenpeace has even documented on Mount Vema, still threaten marine life and become a deadly trap for fish, crabs and other marine animals.

Every year, some 640,000 tonnes of old fishing equipment such as nets, buoys, lines, traps and baskets land in the oceans as fishery waste, contributing about ten percent to plastic waste. Six percent of all nets used, nine percent of all traps and 29 percent of all longlines end up in the seas. Seals are particularly often affected, as they are heavily fished because of their large biodiversity. This is confirmed by a new Greenpeace report. "It makes me angry to find old fishing garbage in such a remote location.", Says Maack. "Places like Mount Vema need comprehensive protection against any human access and someone who consistently implements that protection."

United Nations must protect 30 percent of the oceans
The journey of the "Arctic Sunrise" to the deep sea mountain is part of the big ship expedition from the north to the south pole with numerous stops at the paradises of the high seas. Greenpeace calls on the United Nations to pass an ambitious, legally binding ocean protection treaty next year that will protect 30% of the seas by 2030. But the negotiations make little progress. Only with comprehensive protection measures and clear rules for the designation of protected areas and against overfishing, littering or raw material mining can the oceans as a food source and most important CO2 storage be saved.