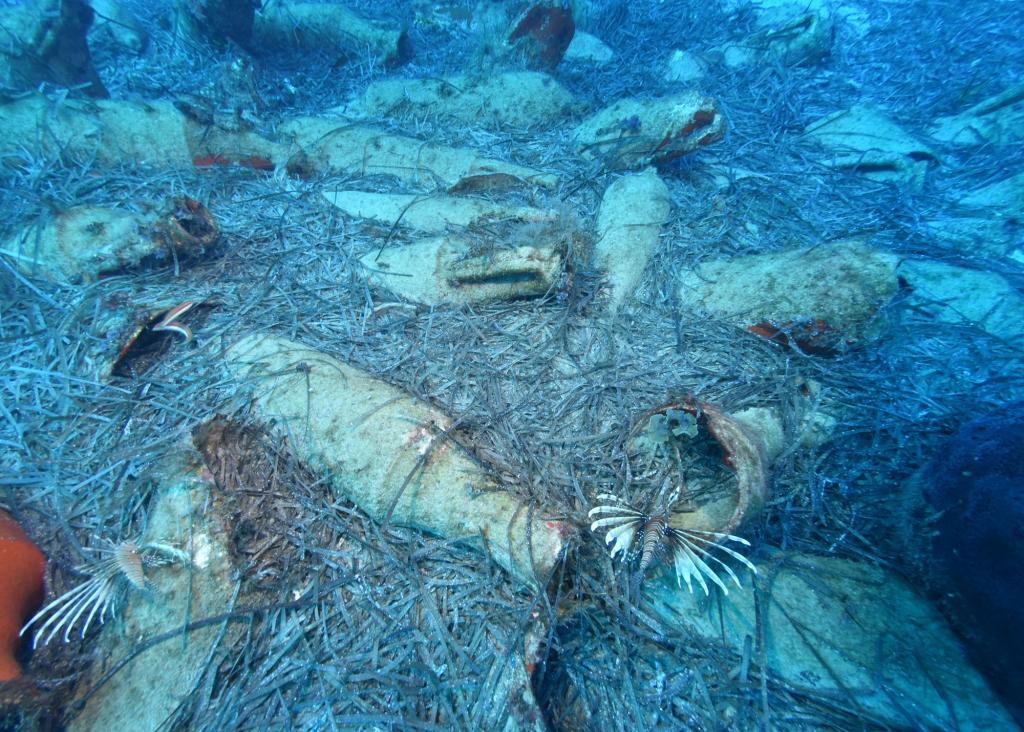 © Antique shipwreck in the sea off Protaras, Cyprus, (c) Department of Antiquities

In the sea off Protaras, Cyprus, an ancient wreck was recently discovered. It was found by Spyros Spyrou and Andreas Kritiotis, volunteer divers of the archaeological underwater research team of the Maritime Archaeological Research Laboratory (MARELab) of the University of Cyprus.

A team of MARELab archaeologists, students and volunteers led by Drs. Stella Demesticha is already working for Protaras. The team is working on the documentation and protection of the site.

The wreck of the Roman ship, loaded with amphorae, most likely came from Syria and Cilicia. It is the first undisturbed Roman shipwreck ever to be found in Cyprus, whose investigation should shed new light on the breadth and extent of maritime trade between Cyprus and the rest of the Roman provinces of the eastern Mediterranean.

The project is also considered a milestone in Cypriot archaeology as it marks the first time that an underwater archaeological project has been fully funded by the Ministry of Transport, Communications and Construction.

A photo of the site reveals something else about the Mediterranean Sea off Cyprus, it shows in addition to the cargo of the wreck and two lionfish. The poisonous predatory fish have migrated from the Red Sea to the Mediterranean since about 2016 - we reported, continue to spread and threaten the local biodiversity.