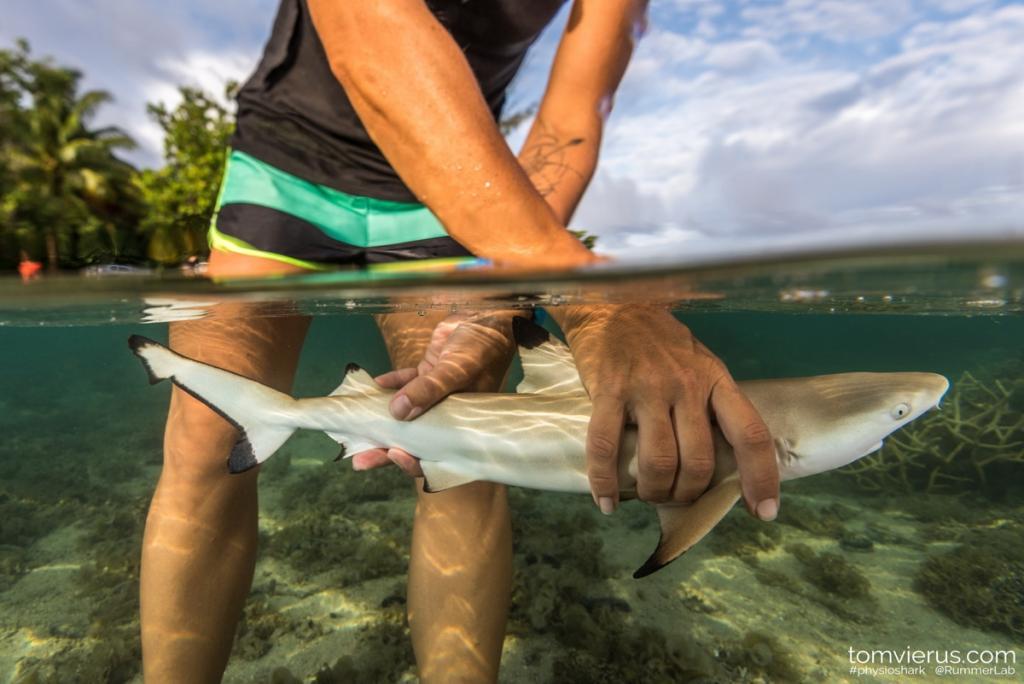 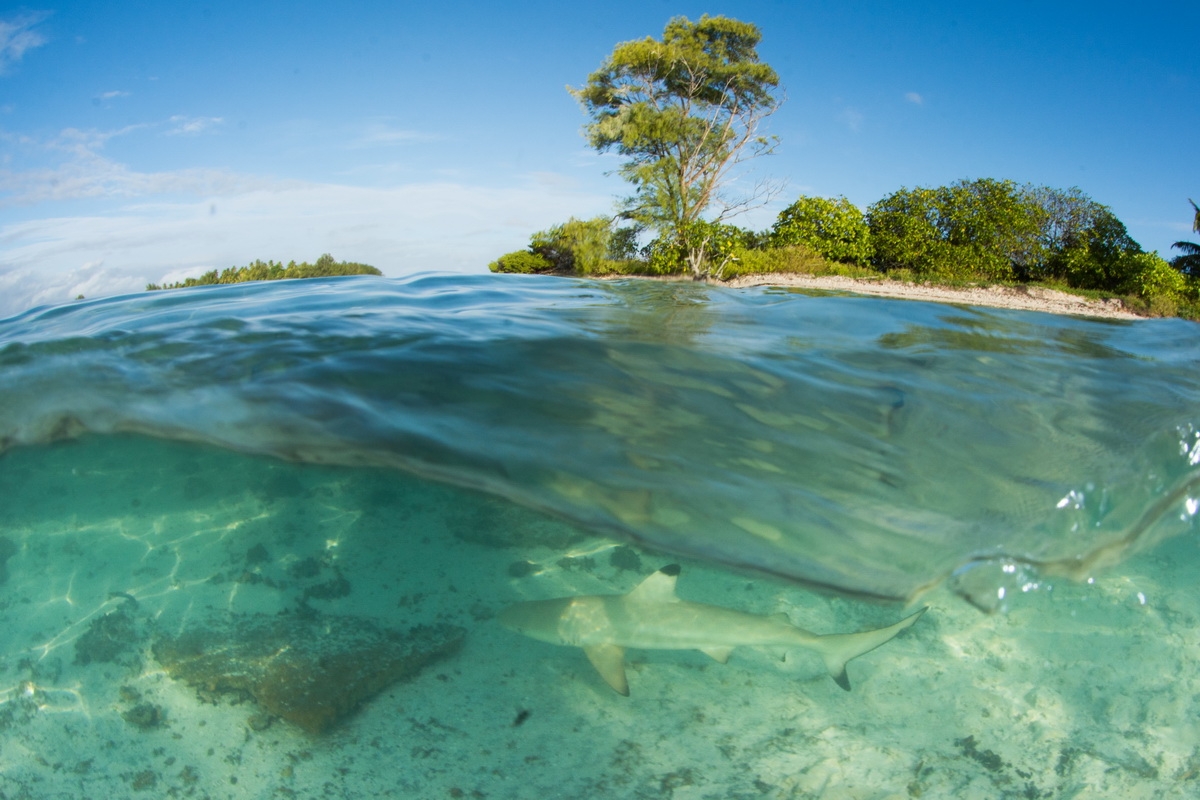 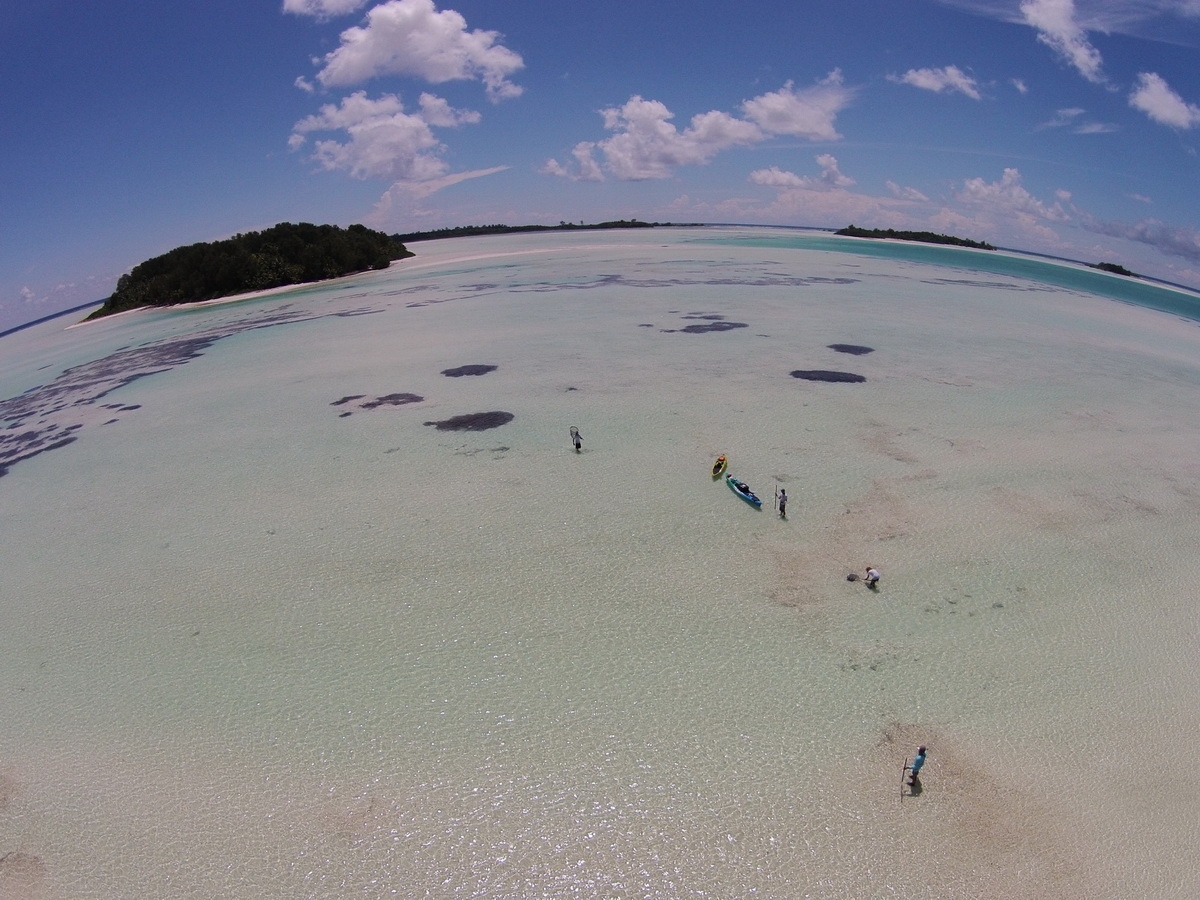 Dr. Jodie Rummer of the ARC Center for Coral Reef Studies at James Cook University is co-author of a study comparing the foraging and condition of two populations of newborn reef sharks: one at St. Joseph's Atoll in Seychelles and the other at Moorea , French Polynesia. The study has now been published in the journal Scientific Reports.

"We've found that although shark babies born in Moorea are taller, heavier, and better conditioned, they soon lost their physical advantage over the youngsters in St. Joseph," explains Dr. Rummer.

St. Joseph is an uninhabited, remote atoll on the outer islands of the Seychelles, where no environmental changes occurred at the time of the study. Moorea, on the other hand, is a popular tourist destination, still recovering from a loss of up to 95 percent of its live coral coverage about five years before the four-year study begins.

"At birth, newborn sharks get extra fat reserves from their mothers," says Ornella Weideli of the Save Our Seas Foundation's D'Arros Research Center and a PhD candidate at the Center de Recherches Insulaires et Observatoire de l'Environnement, France. "These energy reserves feed them in the first few days and weeks after birth, and this 'energy boost' is important because sharks are independent of their mother from the moment they are born."

A total of 546 young sharks were caught and surveyed for the study. What they ate was also analyzed. The study found that the amount of energy reserves varies by location. "Larger mothers give birth to bigger babies, which happens in Moorea," Dr. Rummer. "But that does not necessarily mean that the babies eat and grow fast afterwards." Instead, the larger pups from Moorea soon lost their lead in size, weight and condition.

"Contrary to our expectations, the larger Moorea shark babies who had greater energy reserves started searching for food later in life, causing significant deterioration in their physical condition," said Weideli. "Although the young sharks from St. Joseph were smaller and lighter, they started looking for food sooner and became more successful predators than their Polynesian counterparts."

The authors believe that the larger pups have lost their physical advantage because they find in Moorea a reduced quality and quantity of prey paired with man-made stress factors such as overfishing and climate change.

The corals in Moorea bleached at the beginning of this year at very hot temperatures after completion of the study. Dr. Rummer expects the sharks in this area to have an even harder time as the conditions around them worsen and the water temperature rises.

"Sharks are endangered by man-made stressors because they may not be able to adapt quickly enough to keep up with the changes in their environment, they need plenty of time to reach sexual maturity, and when they reach sexual maturity they have few babies, even less survive, not enough generations are born fast enough to make the genetic changes to adapt to what's happening in their habitats," said Dr. Rummer.