Consisting of only five islands, Majorca, Menorca, Ibiza, Formentera and Cabrera, and containing over 80 different dive sites, the Balearic Islands are considered a jewel in the Mediterranean for divers. Here you can enjoy shore dives, explore dramatic rocky formations, with sheers walls and caves, and spot amazing marine life in the clear waters. Mallorca (Majorca), the largest island, is known for its sandy beaches, scenic coastline and multitude of underwater sea life, including octopus, corals, and dolphins if you’re in luck. Ibiza, though famously known as a party island, boasts crystal clear waters, abundant marine life, and a number of unique and unspoilt dive sites along its coast. It also tends to be less crowded. Menorca, though more low-key than its neighbors, has more to offer beneath its turquoise waters. Known for its meandering beaches and craggy bays (called calas), it contains some of the best diving spots in the world, many of which remain unknown to diving enthusiasts. Formentera, known for its laid-back vibe, and its unusually calm clear waters, with their meadows of sea grass, make it the perfect place for scuba diving novices and underwater photographers. Then there is Cabrera National Park, an uninhabited archipelago of islands and islets, is an untouched island ecosystem with one of the best preserved seafloor landscapes in the Mediterranean. 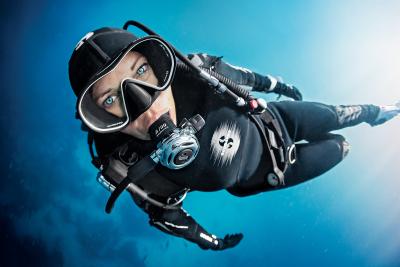 Isla del Toro is one of the four natural reserves of the Palma region, making it one of the most popular dive sites in Majorca.

With a multitude of underwater life, including great white and blue sharks, octopus, corals, and even dolphins if you’re in luck, the Balearics offer something for everyone. It’s rare, but the endangered Silly turtle has also been spotted by divers here. There is an exciting world below the surface of the Mediterranean, including dramatic rocky scenery and colorful coral reefs and even posidonia meadows, too. In general, visibility is usually quite good averaging at 100ft (30m). High season is during July to September when the water temperature is the warmest between 19-24C, of course you could dive year-round with the right wetsuit.