Living the Dream: An interview with freediving couple Daan Verhoeven and Georgina Miller Back to overview Top Places to go Diving in November 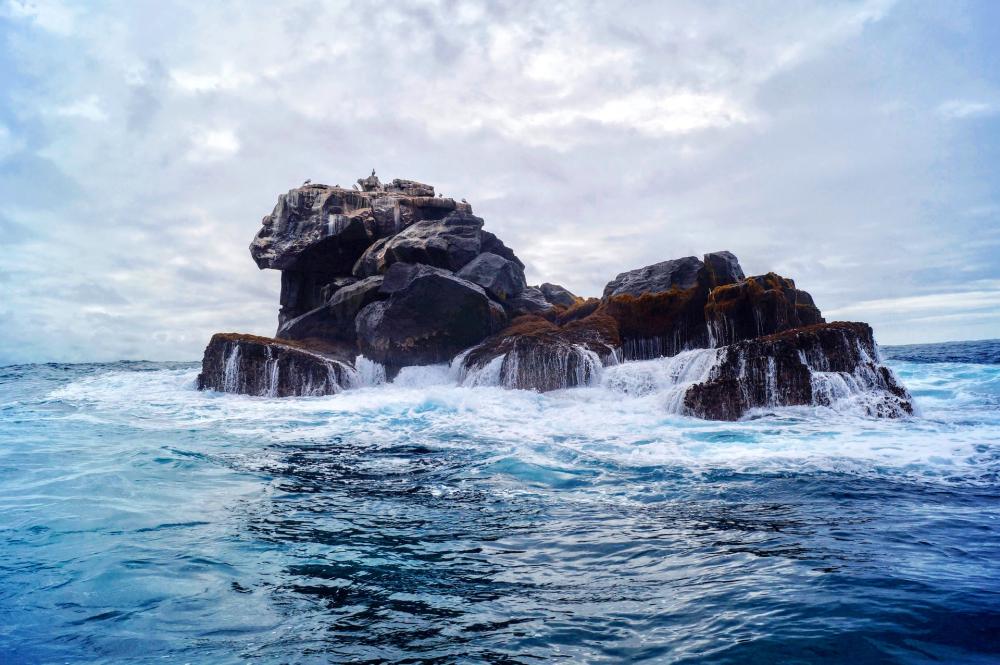 6 of the Largest Marine Protected Areas in the World

What is a Marine Protected Area?

Marine Protected Areas are protected areas around the world of oceans, seas, estuaries, or in the US, the Great Lakes. These areas range from wildlife refuges to research facilities. Marine Protected Areas are created for a conservation purpose, and restrict human activity in order to protect natural or cultural resources. These restrictions include: Development, fishing practices, moorings, and bans on removing or disrupting marine life.

Why is it important to have Marine Protected Areas?

Water stores more than 90% of the carbon dioxide in the air, and gets rid of 30% of it! So protecting our marine areas is so important. But only around 5-7% of the world’s ocean is currently looked after and conserved in Marine Protected Areas. Hopefully this number will increase over time.

Here are some reasons why it is important to have Marine Protected Areas:

Coral Reef Conservation: Is it too late to save reefs? (divessi.com)

6 of the largest Marine Protected Areas in the world

Now we know why these areas exist, we can have a little look at some of the largest ones around the world.

The Galapagos Marine Reserve is one of the most biologically diverse Marine Protected Areas in the world, and it is also one of the largest. The marine reserve sits around 600 miles off the coast of Ecuador, and covers 51,352 square miles.

The Galapagos marine reserve is home to a wide range of species from whales and dolphins, to albatrosses, sharks, sea lions, penguins, rays, marine iguanas, turtles, and tropical fishes. According to the Galapagos National Park Administration over 2,900 marine species have been monitored in this Marine Protected Area.

The Cook Islands (also known as Mārē Moana) is the world’s largest Marine Protected Area. It is situated in the Pacific Ocean and takes up an area of nearly 600 square miles.

The Pelagos sanctuary is located in the north-western Mediterranean Sea between Italy, France, and the Island of Sardinia. It is an area of around 33,783 square miles and was created as an agreement between Italy, Monaco, and France, to protect marine mammals.

The Pelagos sanctuary is home to 8,500 macroscopic species, representing between 4%-18% of marine species worldwide. There are twelve species of cetaceans in the Pelagos sanctuary, the common dolphin and the sperm whale included, both of which are listed as Endangered on the IUCN Red List. The bottlenose dolphin, the striped dolphin, and the fin whale are also found in this Marine Protected Area and are listed as Vulnerable.

What to Expect From the New SSI Marine Mammal Ecology Course (divessi.com)

Over 1240 miles southeast of South Africa in the Indian Ocean, you can find the Marine Protected Area of Prince Edward Islands; An area that takes up 69,973 square miles of sea.

This Marine Protected Area was created with the intention to stop the decline of the over-exploited Patagonian toothfish, and also to reduce the seabird bycatch of the fishery, mainly of albatrosses and petrels. Prince Edward Islands provides a habitat for orcas, and breeding seabirds. It is also a breeding ground for the southern elephant seal, the sub-Atlantic fur seal, and the Antarctic fur seal.

Chagos is a Marine Protected Area located in the central Indian Ocean. It is in the British Indian Ocean Territory of the United Kingdom, and is one of the largest protected areas of any type (land or sea) on Earth. Chagos takes up 250,000 square miles of ocean water.

Established by the British government on 1 April 2010, Chagos is the most biodiverse marine area in the United Kingdom’s waters by far. It has an extremely diverse and healthy coral cover, over 784 different species of fish, including the Chagos clownfish, and is an important safe space for overfished pelagic species including manta rays, sharks, and tuna.

These are just a handful of Marine Protected Areas, there are many more and they all serve the same purpose: To protect precious marine species. Hopefully with time more of these areas will be established and we can continue to replenish our struggling oceans.

Do you want to do more to help the world’s oceans? Check out our 10 Top Tips for Sustainable Diving.