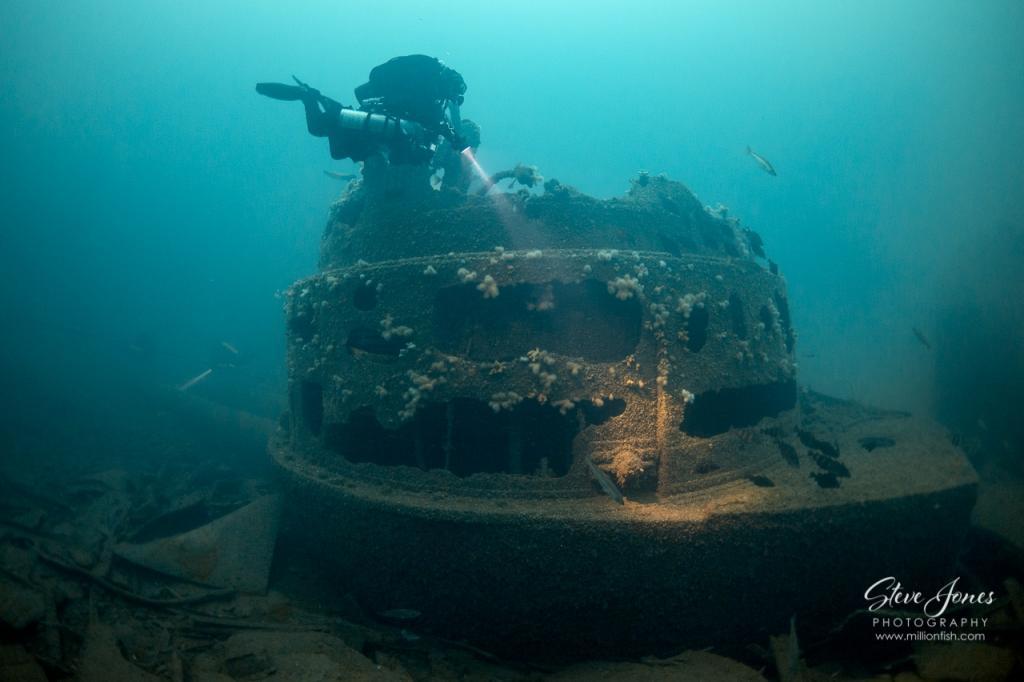 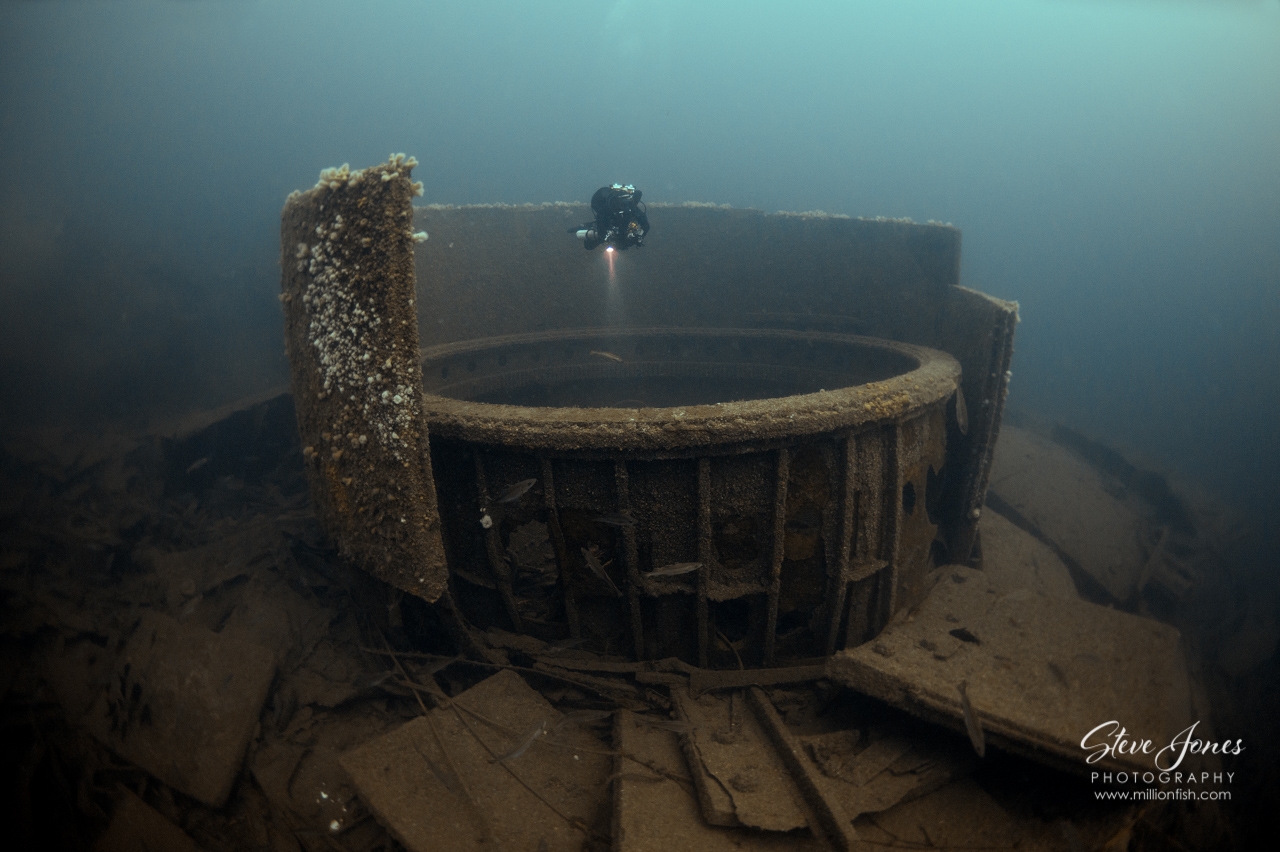 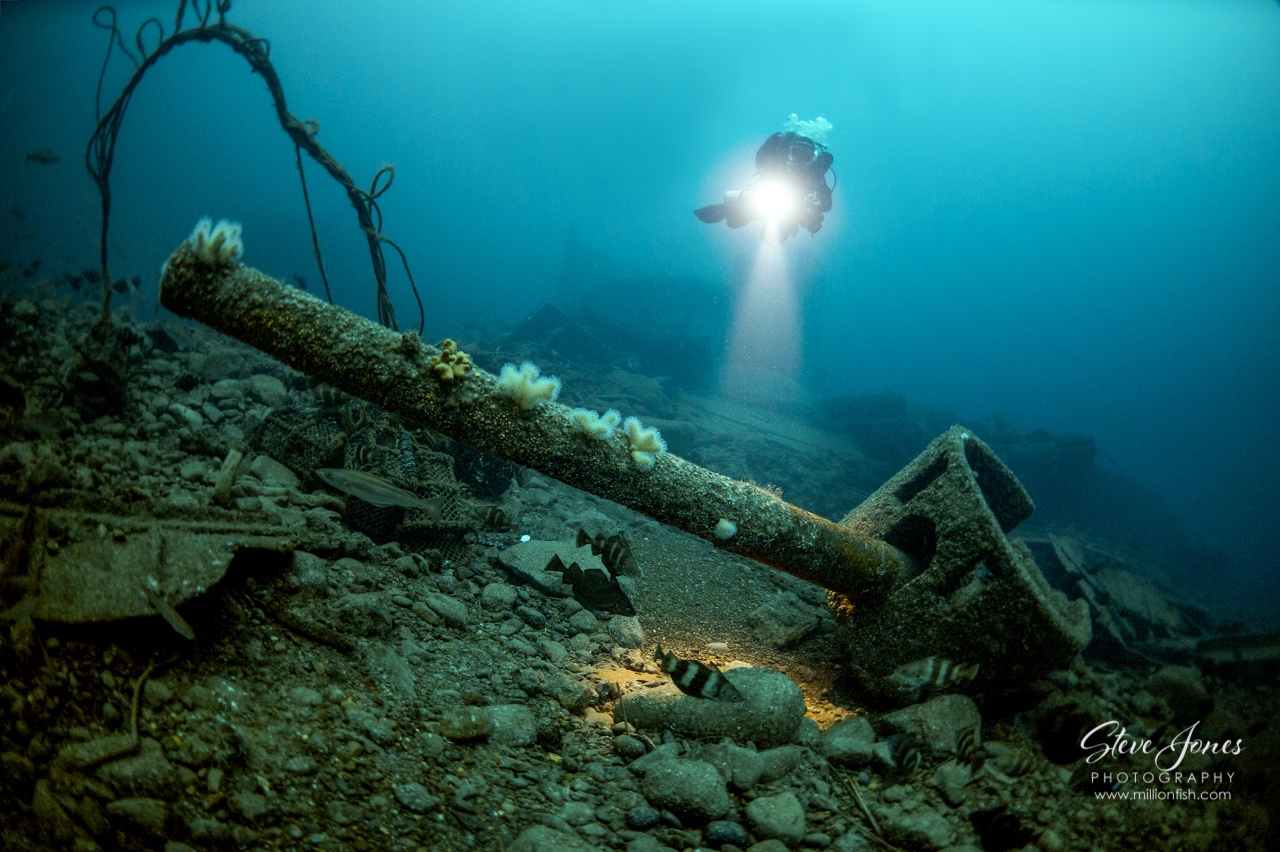 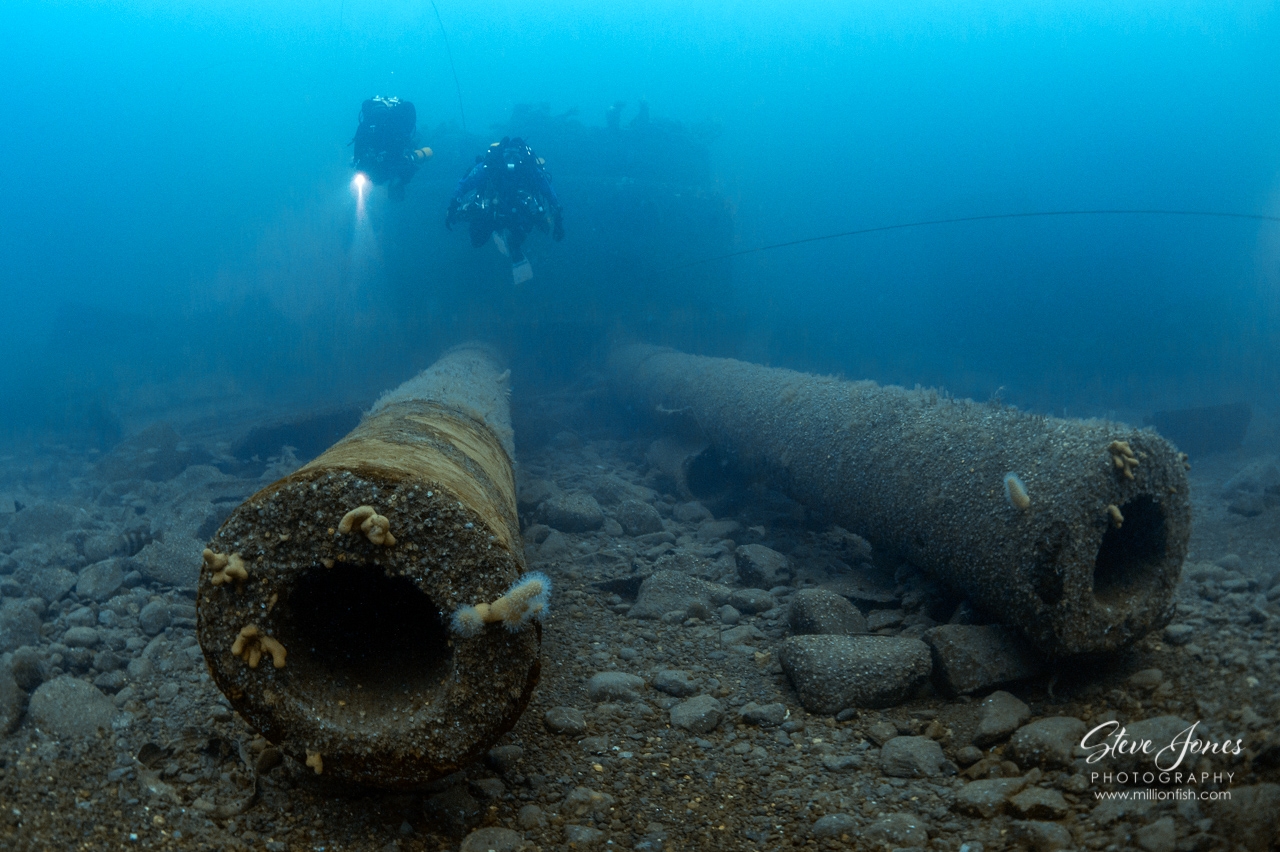 The deep crystal-clear waters off Malin Head in Ireland were once a navigation route for wartime convoys and after two World Wars the seabed is now a graveyard for super-size wrecks. In the second of four mini-stories we look at HMS Audacious, the first British battleship to be lost in World War 1.  A "super dreadnought", Audacious was an evolution of the original dreadnought design first seen in 1906 that had rendered all other battleships obsolete and fuelled the arms race between Great Britain and Germany.

After the long descent, we drop towards the giant barbette that once protected one of the five main gun turrets with 25mm of armour. Despite such protection, this ship actually met its end in October 1914 at the hands of a mine laid by the liner SS Berlin, which triggered a massive explosion that sent her to the seabed, 65 metres below. The devastation near the detached bow tells the tale of the ship’s final moments and in the debris field we find a solitary 4-inch/101mm secondary gun. We next head toward one of the main turrets, whose two 13.5 inch /343 mm guns are still attached.  This 23,400-ton ship had ten of these main guns and within two years of its loss, the true horror of dreadnought-to-dreadnought combat was seen as her sister ships clashed toe-to-toe with the German High Seas Fleet at the Battle of Jutland. Thousands of men died on both sides as the battleships reigned down huge explosive shells on each other from guns such as these.

As time runs out, we head towards the upturned main hull of the ship, a common way for battleships to settle due to the weight of the guns and deck armour.  Over an hour of decompression stops await us as the wreck of Audacious fades into the distance but the memories of diving on this revolutionary warship design will never be forgotten.

Thanks to Steve Jones