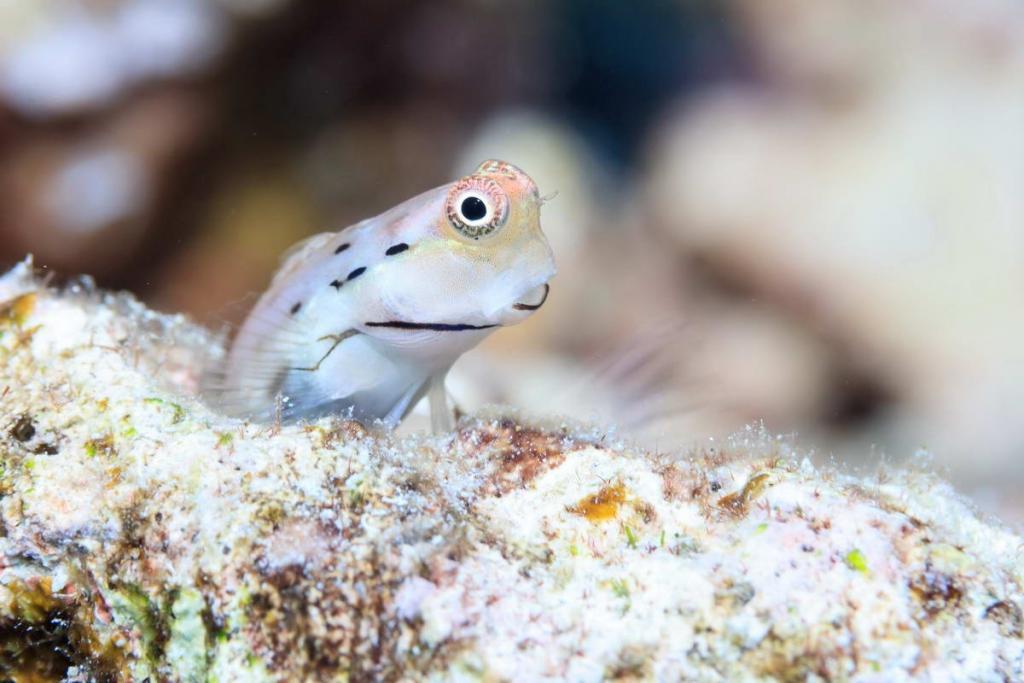 June 3, 2019 Cryptobenthic fish are the cornerstone of the ecosystem

New research has shown that the short life and violent deaths of some of the smallest coral reef inhabitants can be critical to the health of reef systems, including the legendary Great Barrier Reef

Co-author Prof David Bellwood of the ARC Center for Coral Reef Studies at James Cook University (JCU) says, "Charles Darwin wondered how coral reef fish thrive in remote areas, in which have very low nutrient levels that they can use, we thought the answer might be in the tiny fish that live in the gaps in the coral structure. "

"These tiny fish are less than five centimeters long and are termed 'cryptobenthous', which includes gobies, slime fish, cardinalfishes and several other families," says Prof. Bellwood.

The team studied reefs around the world and registered the frequency of fish larvae. The researchers discovered that cryptobenthic fish and their larvae account for almost 60% of the total fish meat consumed on the reef.

"Because of their size and their tendency to hide, these small fish are often overlooked," explains Dr. Brandl, "but in fact they are a cornerstone of the ecosystem."

"Their populations are being completely renewed seven times a year, with individuals of some species living only a few days until they are eaten, and the only way to maintain that is by providing a spectacular supply of local larvae," adds Renato Morais, PhD student at JCU. added.

Professor Bellwood explains that almost everything that is able to eat Cryptobenthian fish does, including juveniles and invertebrates such as shrimp, which then became food for other creatures. "These factors have made it difficult for researchers in the past to understand the importance of cryptobenthic fish and to discover the nutrition they provide, their exceptional larval dynamics, their rapid growth and their extreme mortality underpin their newly discovered role as critical Functional group in coral reefs. "