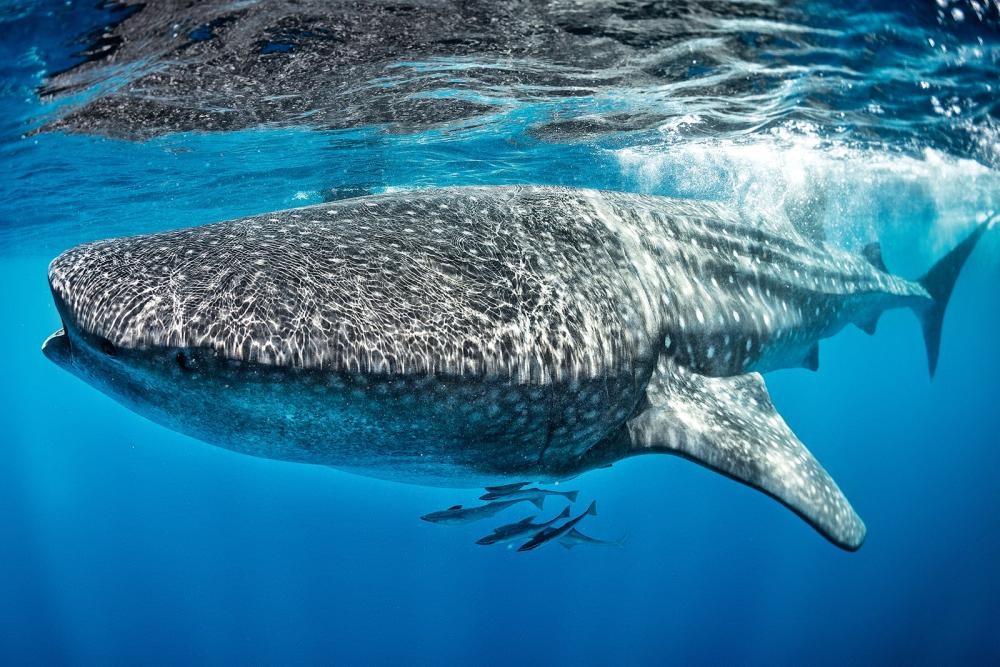 Whale shark day falls on the 30th August each year, and we would like to take a moment to appreciate these spotted, gentle giants.

The largest fish in the sea, whale sharks are incredible to see in the wild, and the only way to truly appreciate their size and beauty is to swim alongside one.

If swimming with a whale shark is on your bucket list, we can help you decide where to go. Read on to discover where to swim with whale sharks, learn some fun facts, and find out how to swim with them responsibly.

Before we get started on where to go, here are a few fun facts:

Here are our top five places to swim with whale sharks:

Mexico offers a few places where it is possible to swim with whale sharks. The best two areas are Isla Mujeres, and La Paz. Both of these spots have tour operators that provide whale shark experiences that follow strict procedures to keep the whale sharks protected.

Mexico is a hotspot for tourists that come to relax on gorgeous sand beaches, eat delicious food, and swim in warm, blue waters. Divers and snorkelers can spot marine life including sea lions, bull sharks, mobula rays, and lots more depending on where you visit.

The best time to see whale sharks in La Paz is between October and April, and they are best seen in Isla Mujeres in July and August.

Honduras is a country in Central America that offers whale shark experiences. The best place to head to swim with whale sharks is Utila, a bay island just off the coast.

Honduras has many beautiful spots to visit on vacation, with white sand beaches, rivers, ruins, and the second largest barrier reef that divers and snorkelers can enjoy. As well as whale sharks, you might spot things like manta rays, turtles, and colorful corals

Head to Utila in April or May for your best chance of meeting the whale sharks.

Australia is a huge country that boasts a variety of wildlife both in and out of the water. Whale sharks frequent the west coast of Australia at a place called Ningaloo Reef. Tourists have the opportunity to swim with the whale sharks when they visit every year to enjoy the coral spawning.

Australia delivers some of the best beaches in the world, as well as fantastic water sports. Divers and snorkelers are likely to see several species of sharks, rays, and turtles, as well as a large variety of fish and corals.

The whale sharks visit Ningaloo each year between March and July.

The Maldives is an archipelagic state in South Asia that attracts whale sharks and many other large, pelagic species. The South Ari Atoll is the best place to swim with whale sharks, as they are there year round.

The Maldives is considered to be one of the most beautiful corners of the globe. With stunning white beaches, crystal clear waters, and year round sunshine, the Maldives has plenty to offer everyone. As well as whale sharks, divers can spot manta rays, tiger sharks, and healthy coral reefs.

Although the whale sharks stay all year in the South Ari Atoll, the best time to go and swim with them is between August and November.

Thailand is a South East Asian country where tourists can have the chance to see whale sharks. The best area to head to spot whale sharks is around Koh Tao and Koh Phangan, both are neighboring islands in the gulf of Thailand. Sail Rock is a dive site around an hour from the islands and is your best chance of spotting whale sharks.

Thailand is popular with tourists who flock from all corners of the globe to experience fascinating Thai culture, delicious food, and stunning beaches. It is also very popular with ocean-lovers that can swim in year-round warm waters and spot things like barracuda, batfish, angel fish, and groupers.

Whale sharks can be seen at Sail Rock between March and June.

How to swim responsibly with whale sharks

Whale sharks are an endangered species. This is why it is so important to respect and protect whale sharks when we share the water with them. Here are a few tips on how to swim with whale sharks in a responsible way: