Another site only accessible by boat, Carters Rock is a shallow, rocky kelp reef with a maximum depth of 10m. Kelp runs along the bouldery bottom to about 7m where it then turns into a white sandy bottom. Another good site for entry-level diver training.

Kelp fish including, wrasse, bass, pollack and their juvenile forms are often seen here. Also catsharks, crustaceans, nudibranchs and seals can be spotted.

Seal Cove, also referred to as Chick Rock, is a site only accessible by boat. It is a haul out spot for grey seals and one of our most popular sites amongst divers. Please note that this site can only be dived at high tide to limit disturbance to the seals. 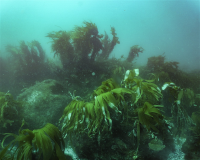 Goose Rock is a kelp/rocky reef only accessible by boat. An ideal site for entry-level training as the maximum depth is between 8-10m. For the more experienced diver, small caverns and more depth can be found on the western side of the rock. 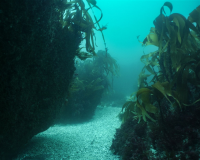 Lewinnick Reef boarders the coast on top of which sits Lewinnick Lodge. Maxing out at a depth of 10m makes it a perfect site for training. It also has some interesting topographical features including gullies and swim-throughs! 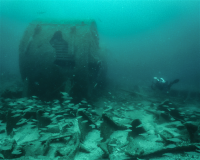 SS Orfordness (1906-1918) was a British merchant ship. Whilst on route from Rouen to Barry Roads, she was torpedoed by German submarine U-60, two and a half miles NW of Newquay. 2 men were lost. She now lies on the bottom in about 35m-40m depending on the tide state. 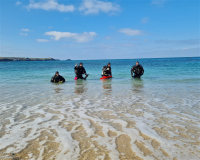 Little Fistral is off the western side of Towan Headland and is a shallow reef site with a sandy bottom - perfect for entry-level training and snorkelling. Some interesting rock formations and swim throughs can be found. 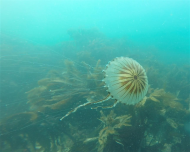 The SS Cristina (1916-1918) was a Spanish cargo vessel. She was torpedoed by German submarine U-55, whilst on voyage to Spain from UK, carrying a load of coal. The wreck now sits at 40m.

Dane Rock is located just around the corner from Newquay Harbour. It is a shallow reef site with a maximum depth of 8m. An ideal site for entry-level diver training 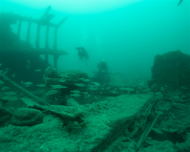