Canada, the northernmost country in North America, has ten provinces and three territories and extends from the Atlantic Ocean to the Pacific Ocean and north into the Arctic. It has a low population density, and its large landmass makes it the second largest country in the world. Exploring Canada, you will find vast areas of quiet forests, serene coastlines, and immense biodiversity waiting to be discovered by adventurers.

The last wild frontier, Canada, has a well-kept secret: the spectacular diving that can be done here. This country has a small population and a large landmass with innumerable natural attractions to explore. Canada offers great dive sites with some of the world’s most intact underwater ecosystems. The Pacific Ocean surrounds Canada on the west, the Atlantic Ocean on the east and the Arctic Ocean on the north, and its interior has more lakes than any other country in the world, making it a special place with endless diving possibilities for fresh and saltwater diving. Diving in Canada is an unparalleled experience, as you will only find cold-water diving here. Dive in Canada and admire unique species and a breathtaking underwater world.

Featured places to go in Canada 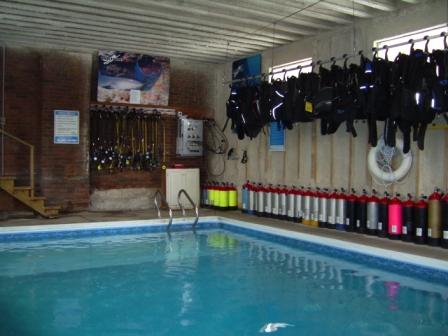 Scuba Diving is a fascinating sport, with many adventures waiting for you.

Get absolute silence and freedom only with one breath. Freediving is amazing.

Diving and family in one package? No problem, find here possible destinations and activities.

It’s an amazing feeling, follow footsteps of the past or explore a cave.

What’s new in the diving industry? And where are the best places for diving?

Diving is a sport in nature. Learn more about the creatures, ecology and conditions of our oceans.

Read interesting stories, news and facts about Swim and Lifeguard.

Your dream will come true move like a glamorous mermaid underwater. Discover the world.