Haipe Reef is a Dive Munda signature site, situated off the remote west coast of Renodova Island, approximately 30 minutes from the dive shop. Haipe is a sloping reef dive with huge, pristine hard and soft corals all along the wall.

The pristine reefs are home to colourful small fish, schools of bumphead parrotfish and turtles. The site is also visited by cruising sharks and even Manta Rays when the current flows. 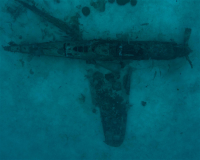 This Bell P39Q Airacobra fighter plane was discovered in April 2011. Little is known about this mostly-intact wreck, but we believe it is one of two aircraft lost by the USAAF 68th Fighter Squadron during a raid on the Shortland Islands on 6 September, 1943. She lies in about 27m of water on a sandy bottom. 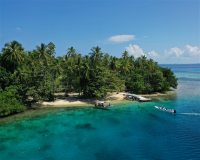 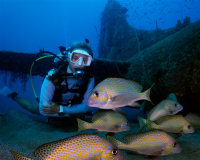 This Douglas SBD-4 Dauntless dive bomber was hit by AA fire during a raid on Munda, on July 23 1943. Pilot Jim Dougherty put his plane down in Rendova Harbour, where she still rests at 13m. The site is located approximately 25 mins by boat. 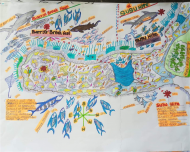 Susu Hite is a picture-perfect little tropical island with a gentle, sloping reef. Our favorite night dive spot and home to an abundance of critters, Susu Hite is an easy dive located just 15 minutes from Dive Munda. 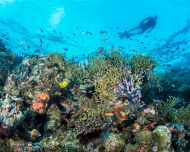 Top Shelf is a coral reef shelf which starts at 25m and drops down to over 40m. Currents are often flowing here and more experienced divers will enjoy the show. 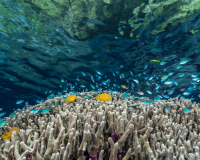 Another reef dive close to Barry’s Breakfast, the Pond is a sloping reef and home to a huge diversity of marine life. Only 15 minutes from the dive shop, this is an excellent site. 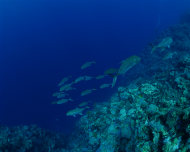 A fifteen minute boat ride from the dive shop, Barry’s Breakfast is a relaxed dive starting at 25m following along a wall where pelagic action can be seen out in the blue. We work our way to Susu Hite island, along a shallower reef fringing the island. 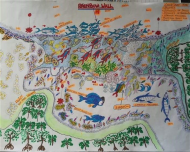 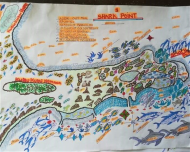 Shark Point is a 20-minute boat ride and is one of Dive Munda’s signature sites. Situated at the end of a reef protruding a mile out into the Solomon Sea, it drops off more than 600m and can be dived at any depth from 10m to 60m. 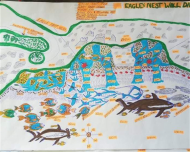